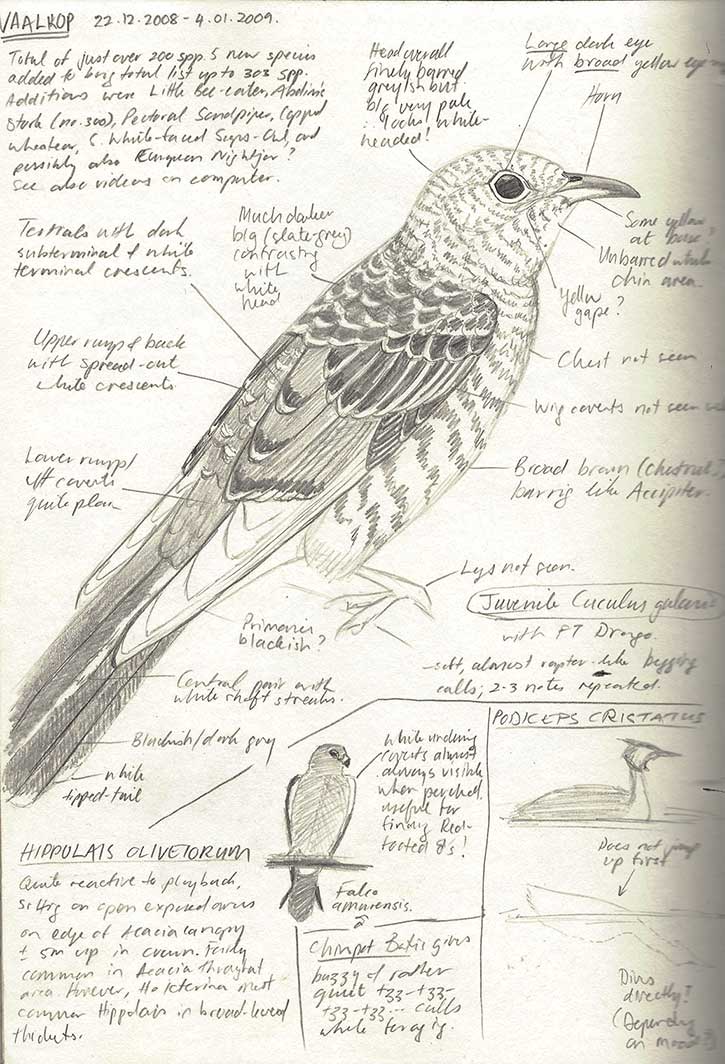 In December 2008 my attention was attracted by some "soft, almost raptor-like begging calls" emanating from the crown of a Burkea tree on the southern shoreline of Vaalkop Dam. A Fork-tailed Drongo Dicrurus adsimilis, was in evidence, but half-hidden in the dappled shade was this juvenile African Cuckoo Cuculus gularis. Fork-tailed Drongos are the only [...]