According to the philosopher Confucius, “Real knowledge is to know the extent of one’s ignorance”. One of the many things that a decade of research has taught me, is that the more you learn about a specific subject, the more questions arise. During early April I once again found myself wandering about in the dry woodlands fringing Vaalkop Dam, in South Africa’s North West Province. With two-year-old Christian taking a nap, and Ronel taking a break, I took the opportunity to simply meander around in the bush for a few minutes. I was making sketches and just “checking stuff out” as my other favourite philosopher, Jerry Seinfeld, would say, when I became aware of a sound that I could not identify. Competing with the incessant cicadas enthusiastically giving voice to the blazing African sun, was an odd trilling and buzzing bird sound. I managed to make a rather poor recording using my phone:

Not to be too modest about it, but it is not every day that I hear a bird sound, in my local patch, that I cannot immediately pinpoint. It’s more like every second day. True, if you spend enough time in a specific habitat you eventually get to know most of the contributors to the avian chorus, including their local dialects. Nevertheless, I still frequently hear things that stump me. Often it is just because I’m a bit rusty, but I also like to think that the more you listen the more you hear. In fact, that is one of the greatest and most humbling challenges in birding: as your  skill and knowledge increases, so do the number of unanswered questions. After about 10-15 years of birding, I got to a point where I could, with reasonable confidence and sometimes moderate overconfidence, identify the main territorial songs of males of most common bushveld species. But then, in a magnificent example of birder-ego-self-reguation, I suddenly started hearing things I’d never heard before, and that I couldn’t identify. Don’t get me wrong. I’m sure these birds had always been around, and I certainly did hear them, but I was not consciously aware of them. To quote a third philosopher in the same blog post, “the larger the island of one’s knowledge, the longer the shoreline of wonder”.

Just that morning I had heard clipped raspy calls of small birds shooting overhead 50m+ above the ground…after some puzzling, I figured out that they were Violet-eared Waxbills, a species that I had not encountered at Vaalkop in a number of years, and that you typically expect to see skulking in some low dense thicket, not rubbing shoulders with swifts and swallows. Likewise, the previous night I had spent a confusing hour listening to the occasional squawks of herons commuting over the water, trying to find consistent ways of differentiating between the voices of Grey Herons and Black-crowned Night-Herons. That is another recurring theme: once you start critically re-evaluating things that you thought were straightforward, you might be surprised at how easy it is to make blissfully ignorant mistakes. Constant self-evaluation is, in my opinion, a worthy character trait of the maturing birder.

Okay, that’s quite enough philosophy. Let’s get back to the story of the aforementioned “odd trilling and buzzing bird sound”. Through retrieval of some long dormant memory file, plus the application of statistical likelihood, I suspected that the sound was from Burnt-necked Eremomelas, which are common denizens of these woodlands. It turned out that the sound was a begging call of two recently fledged (but fully capable of flight and fully grown) juvenile eremomelas that were methodically foraging with their parents in the crowns of a few adjacent Acacia tortilis trees (sorry, Vachellia tortilis…my bad). 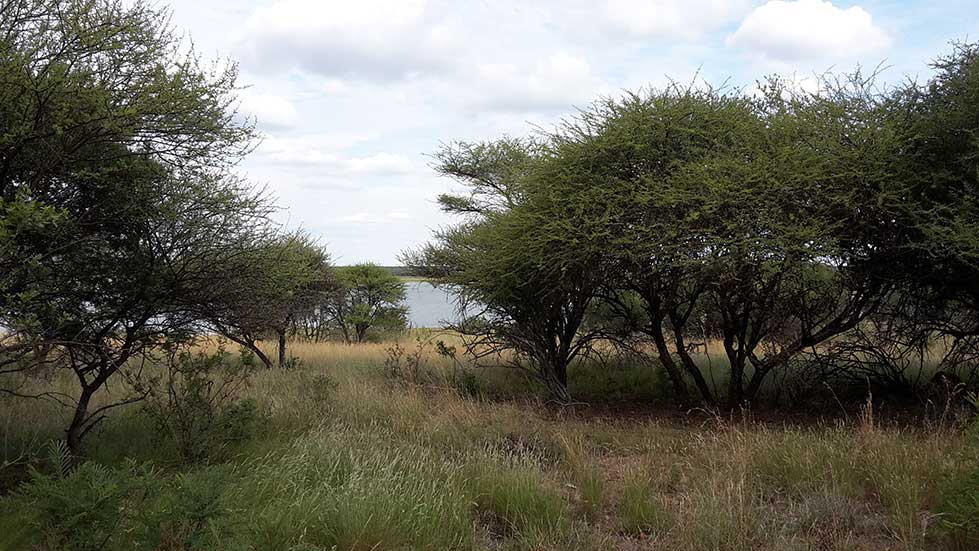 Being gregarious birds, often found in small, highly territorial groups of 4-6 birds, many eremomelas are facultatively cooperative breeders. This means that the breeding pair may be assisted by 2-5 helpers. The theory behind this apparently altruistic behaviour is rather complex – I once had to do a mock journal paper on this phenomenon at university – but it is fascinating and well worth researching. I mention this because there may have been more adult Burnt-necked Eremomelas attending to the two youngsters. In my anthropomorphic view, it seemed as if mom and dad were each responsible for one sibling, respectively. When the party split up, it seemed that one juvenile went with each parent. In this way, the young birds followed their parents through the canopy, generally remaining within 2-3 m of them, but occasionally getting sidetracked when they spotted their own food item (mostly insects and spiders) and wandering off for a bit.

The family appeared to be the core members of a mixed bird party (again, a fascinating tangent worth researching), consisting of 5+ other insectivores that were foraging together (from memory, I recall Black-backed Puffback, Chestnut-vented Tit-Babbler, Long-billed Crombec, Willow Warbler and Marico Sunbird). At the risk of introducing an unsubstantiated claim into the grey ornithological literature, I would guess that the loud and near-continuous begging calls of the two juveniles may have acted as a stimulus for the bird party. Keep in mind that, as a new parent, my ears are very much attuned to begging calls of human babies. It often seemed to me that the juveniles, unsuccessfully, directed their hungry requests to unrelated species when these found a juicy morsel.

When one of the parent eremomelas gleaned an insect, it quickly approach the juvenile; alternatively, the vigilant juvenile would nearly pounce on its parent as soon as it saw mom or dad had secured a bite. Throughout the afternoon the juveniles produced the very rapid trilling sound, varying in volume and intensity. When they were closer to their parents the trilling became louder, and they would add a visual component by fanning their tails, and vigorously quivering their half-opened wings. Just before they were fed, the juveniles replaced the trilling sound with an intense, shrill squealing or buzzing. By the way, the name Eremomela (which is both the common name and genus) is apparently derived from the Greek erem (a desert) and melus (a song), i.e. a singer in the desert. Despite their evocative moniker, the normally vociferous adults were virtually silent throughout the day. 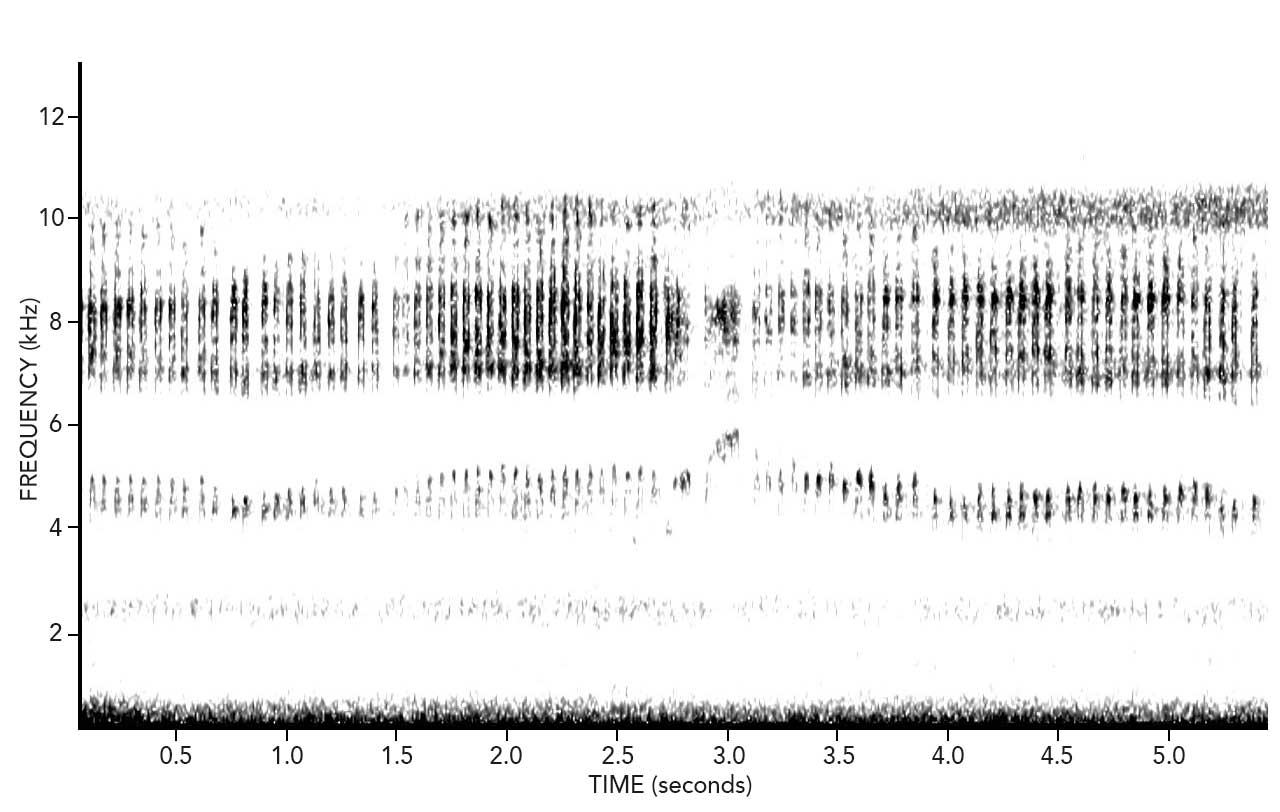 This is the near-continuous clicking or trilling element, which the juveniles sometimes uttered nearly continuously for several minutes, and intermittently throughout the day. This trilling sound consists of short, sharp notes given at a rate of up to an amazing 18 notes/s. Thanks to their complex respiratory system birds can in effect inhale and exhale simultaneously – which is why they can produce such uninterrupted sequences without pausing to take a breath. In addition, because the syrinx (equivalent of the mammalian larynx) is situated low down where the trachea forks, at the junction of the two tubes heading to the lungs, birds can produce two different vocal sounds simultaneously. 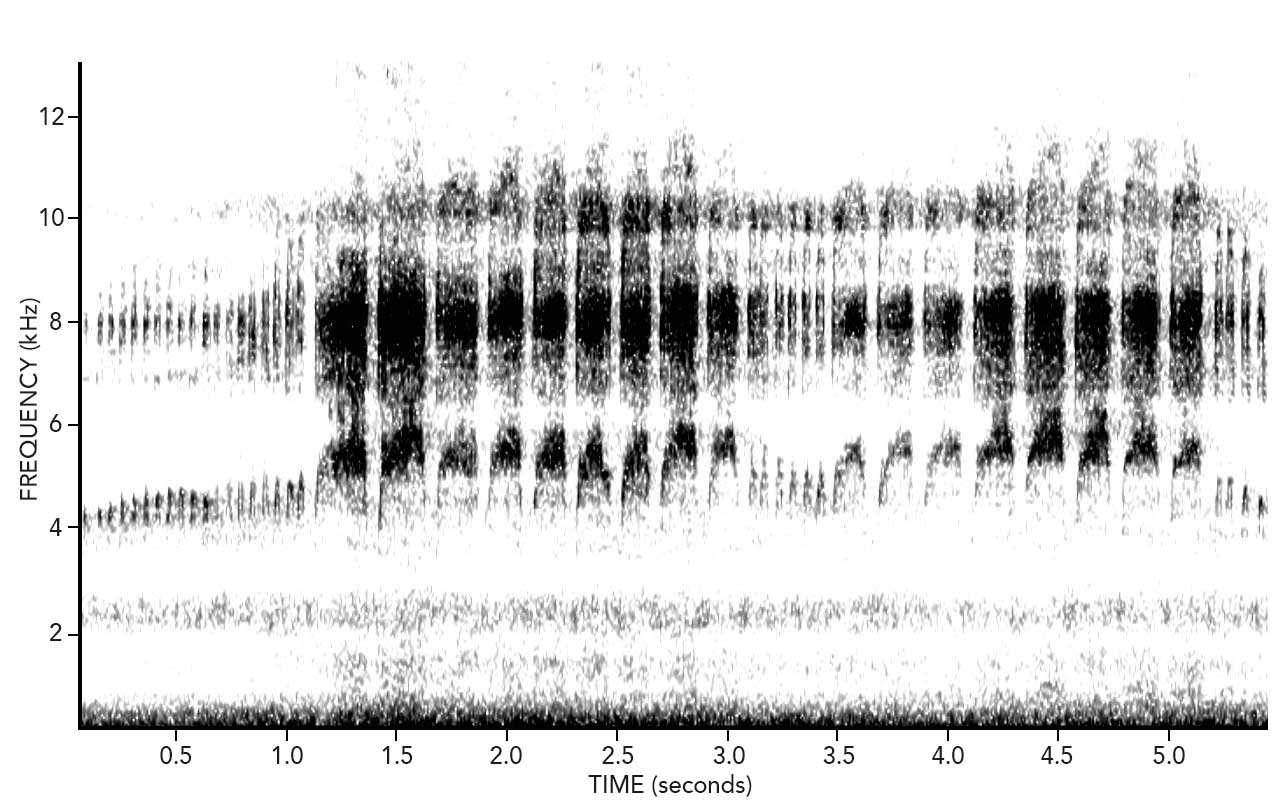 This is the excited squealing that immediately precedes feeding. The juveniles used this intense sound to such great effect that it seemed to attract the attention of unrelated passerines in the vicinity as well. Although I never observed cross-species feeding, this is a widespread albeit uncommon occurrence in many bird species. The reasons for this are not perfectly understood, as there does not appear to be any significant adaptive advantage to the ‘foster parents’. Possibly the stimulus produced by the intensely begging juveniles is simply too strong to ignore for other species, especially if they are breeding closeby or have experienced breeding failure. How would you react if you came across a human baby crying intensely, even if it isn’t your own offspring? You can read a paper reviewing cross-species feeding here: Interspecific feeing among birds: a review.

Being so intently focused on having their faces stuffed, the juveniles paid little heed to me. I was able to observe them closely, and managed to take a few notes. Observations on the appearance of juveniles are always valuable, and this is an area that is very neglected and under-researched in Afrotropical bird literature. To be honest there is not much difference between  juvenile and adult Burnt-necked Eremomelas – the obvious exception being that the juvenile has a much darker eye (as in most juvenile members of the Cisticolidae family). Below you can see my field notes of the birds – I’ve cleaned it up and added some colour in the image at the top of the post. 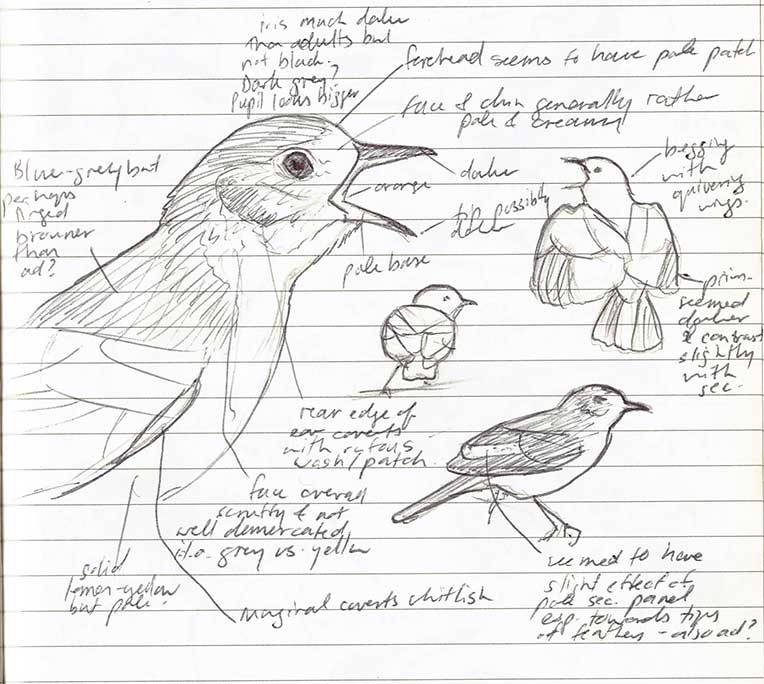