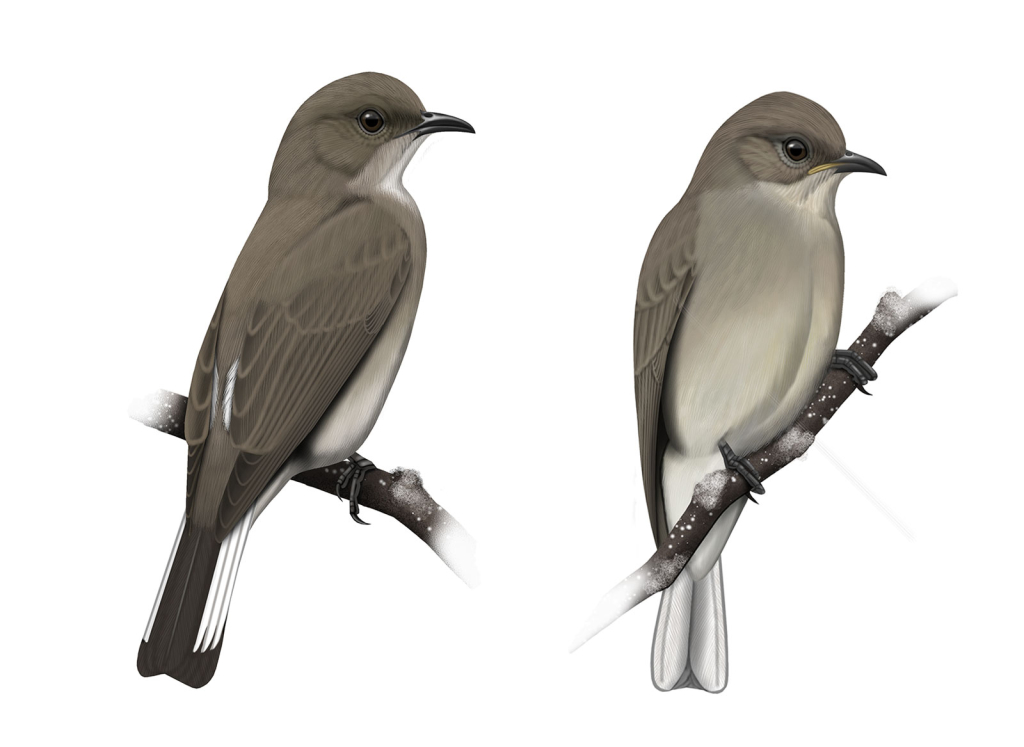 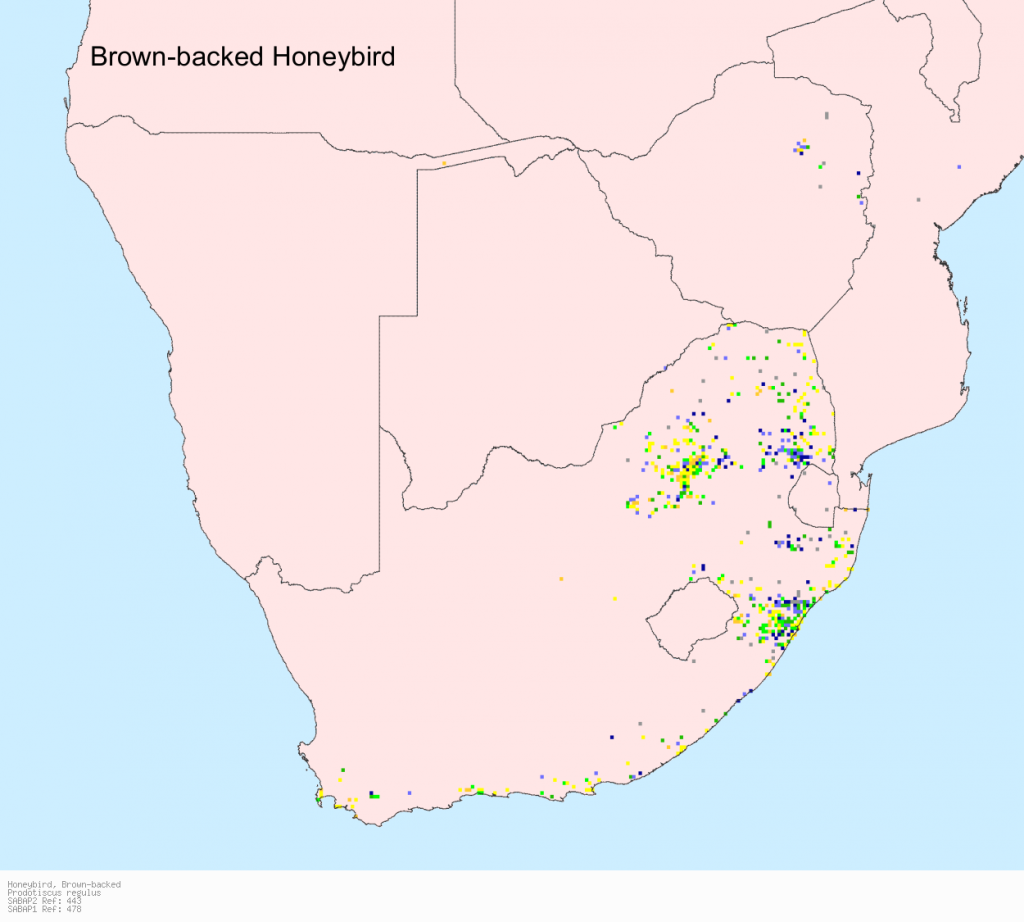 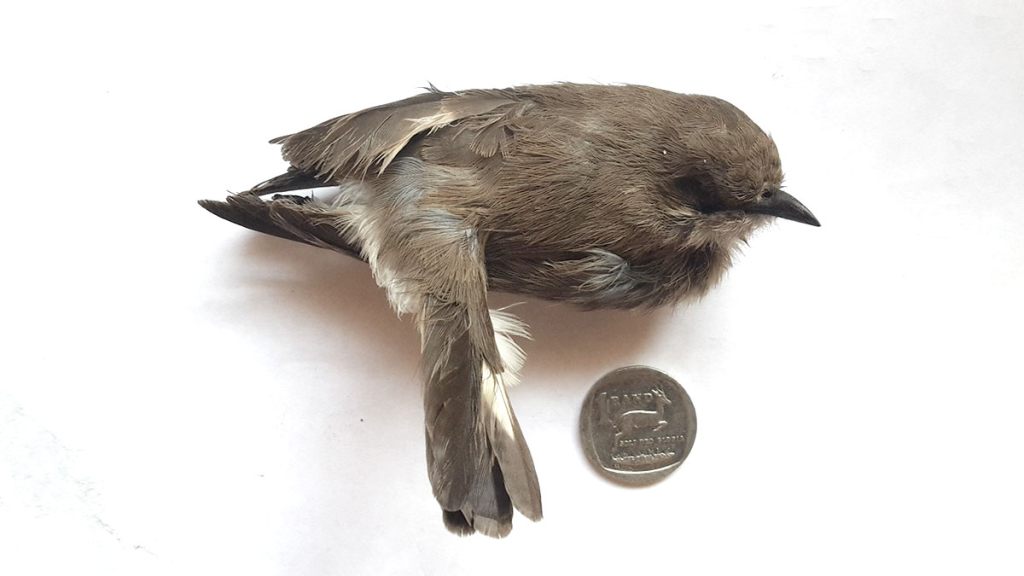 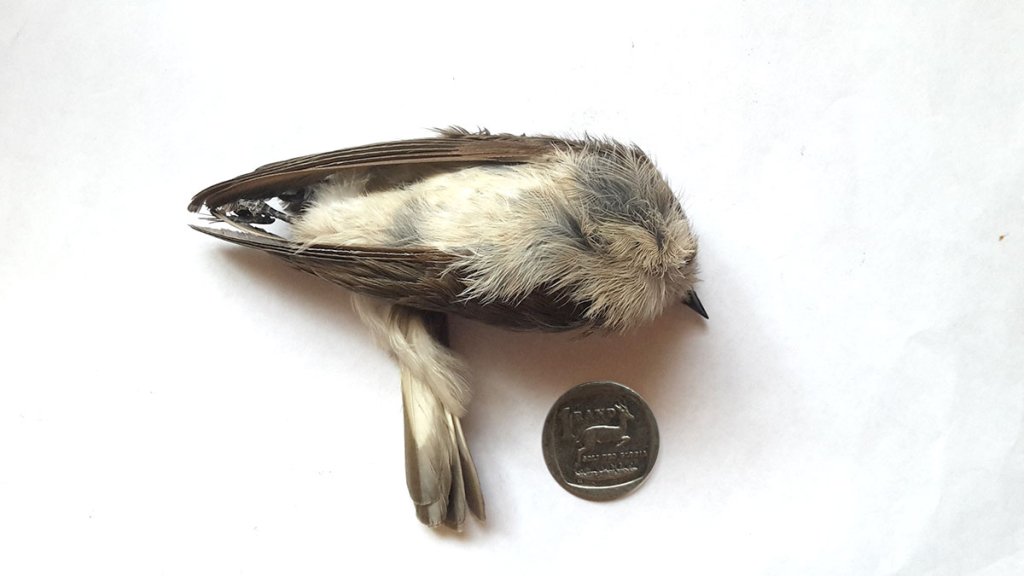 This morning I visited Roodeplaat Dam Nature Reserve, just north-east of Pretoria to take advantage of the unseasonably warm weather. I stopped at a little bridge in an area of broken woodland, and became aware of a strange sound that I couldn’t place. The culprit? You guessed it – a Brown-backed Honeybird. Perched on some dead twigs at the top of a nearby 5 m high tree (i.e. in the usual spot), I spotted two honeybirds about 1 m apart. The birds were giving a hoarse chew call every few seconds. Both birds were also incessantly flicking (both) their wings open very briefly, and at the same time slightly depressing (ticking) their tails. They flicked their wings on average every 5 seconds or so, but at times as fast as once every second. Often the wing flicking seemed to be synchronized between the two birds. I assumed that this may be a form of courtship display between a male and female, but they were soon joined by a third bird, which was promptly chased around the treetops in the typical dipping fashion, accompanied by similar but more excited calls i.e. w’chew, w’chew, w’chew... They also uttered short chattering trilled calls, prrrt, prrrt, like a crombec or firefinch. The interaction continued for at least five minutes before the birds moved off. Several other pairs were seen elsewhere in the reserve during the course of the morning.

The similarity of honeybirds and small brown flycatchers has been pointed out many times in field guides. Indeed, the specimen in my freezer was originally identified as a flycatcher by the person who found it. At a glance, the Brown-backed Honeybird is remarkably similar in size, shape and colour to the Spotted Flycatcher, a very common non-breeding migrant from the Palearctic with which it shares its habitat in the summer. This similarity was enhanced by the quick wing flicking – a characteristic behavioural quirk of Spotted Flys.

Perhaps the resemblance between honeybirds and flycatchers is incidental, but perhaps not… Being brood parasites (of cisticolas and prinias and probably other cisticolids with spherical nests), it may be beneficial for the parasitic honeybird to resemble a harmless flycatcher, in effect, allowing it to hide in plain sight, and avoid persecution or suspicion of its hosts. This is pure speculation, but perhaps this is another instance of aggressive mimicry, as with parasitic cuckoo finches mimicking red bishops (see blog post here). Let me know what you think! 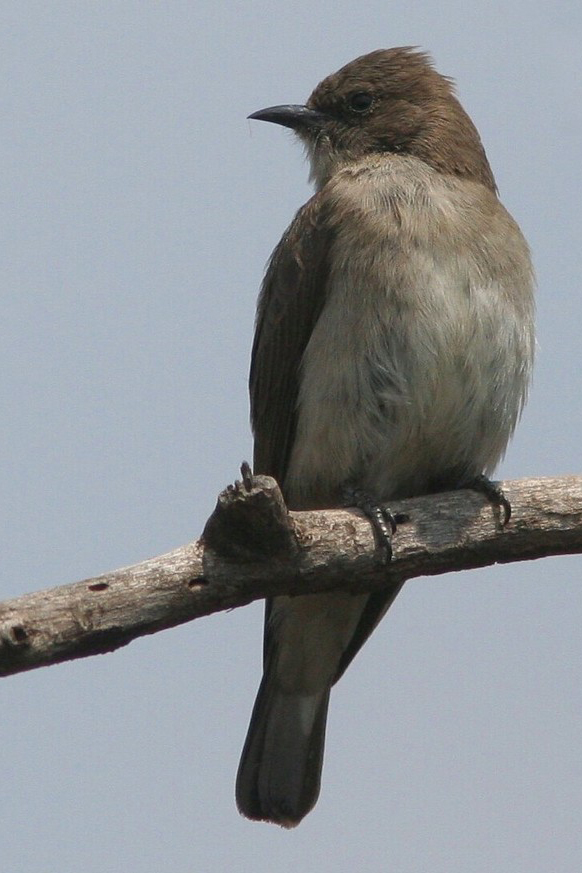 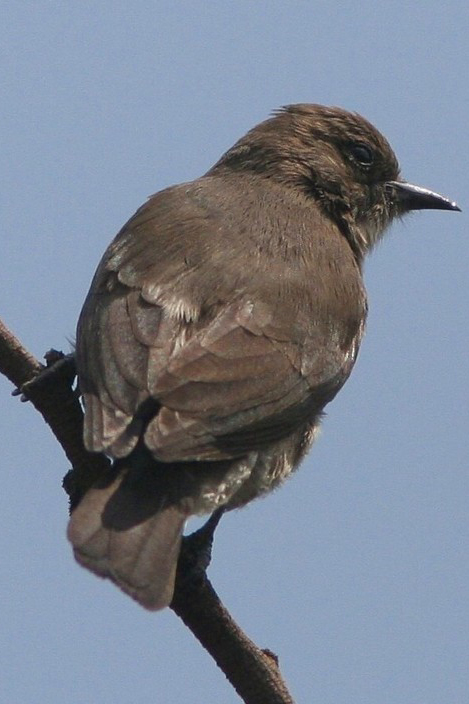 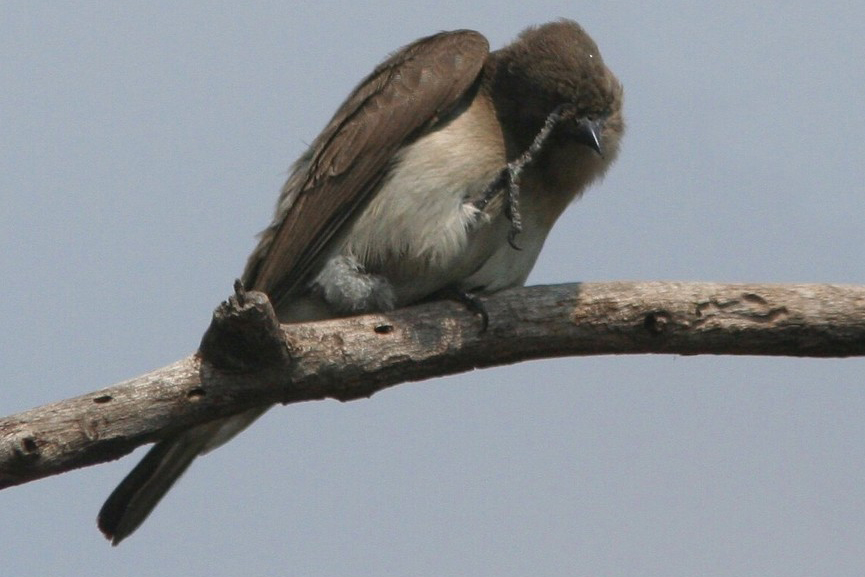