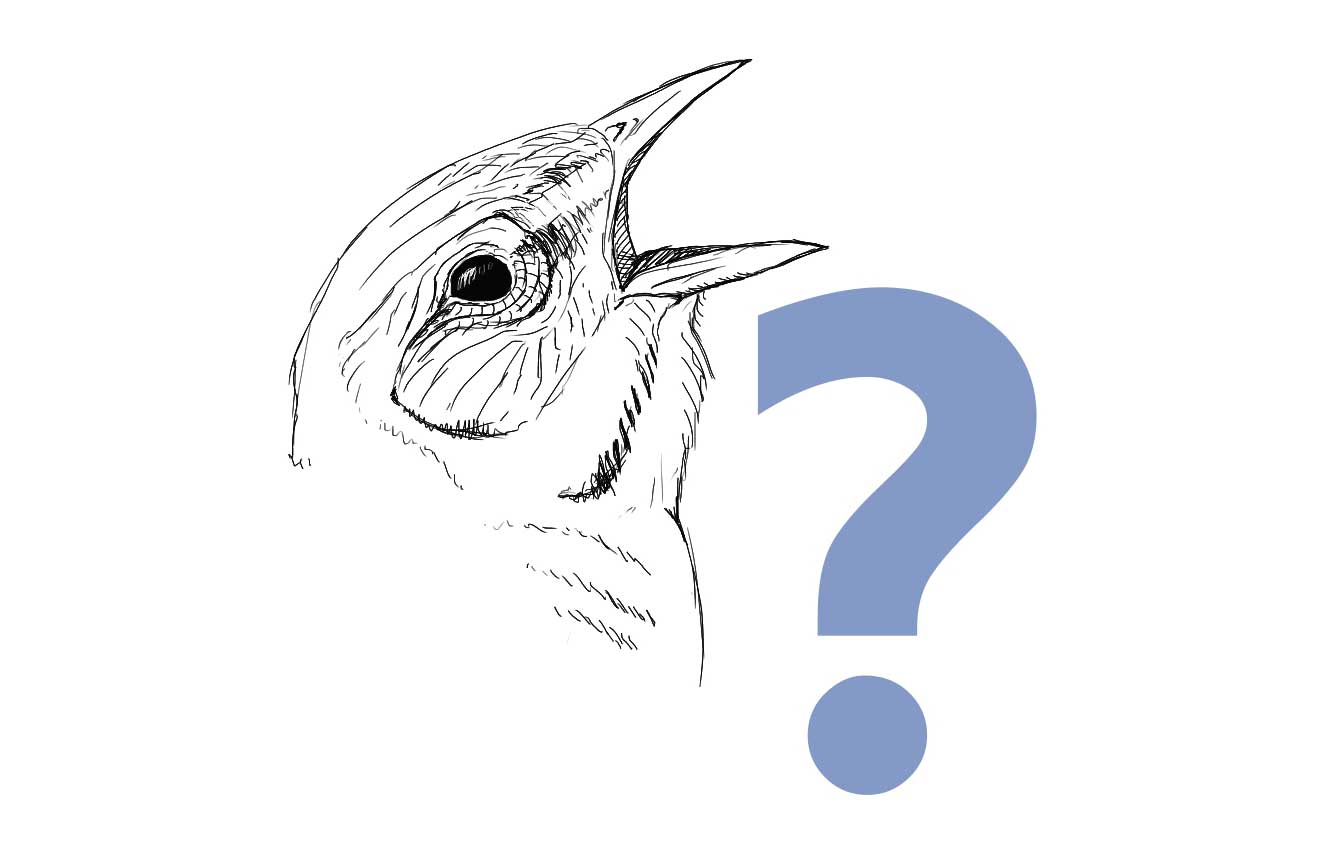 The beauty of birdsong is perhaps eclipsed only by the complexity of birdsong. The more attuned one becomes to bird-listening (instead of bird-watching), the more you realize that the varied ‘languages’, dialects and variations of avian vocalizations are so much more extensive than one twenty-second cut on a CD or app might suggest. Sure, many people can identify birds by their voices – but typically that only involves full sexual/territorial songs, by males, during the breeding season. But the typical advertisement song is barely the beginning. Many species exhibit glorious, confounding and endless variation in terms of gender, region, age, time of the year, time of the day and context. Bioaccoustic researchers have dedicated their entire careers to understanding such variation, its origins, its mechanisms and its meaning. The limited in-depth research that has been done on this subject has shown that birds have subtly but consistently different calls to communicate different ideas. For example, they may utter different alarm calls for different kinds of predators, and different calls for predators on the ground vs. predators in the sky. Can you capture the entirety of a language with one sample sentence? The quick brown fox jumps over the lazy brown dog. As with any discipline in life, the more you learn, the more you realize how little you still know – and to me this is nowhere more true than in my study of bird vocalization!

Do you fancy yourself a bit of an expert when it comes to identifying bird calls? Then this challenge is for you. Below I have selected 15 of my own recordings, representing some of the strangest, most unusual, and least known calls of Southern African birds. But be warned: this is really tough stuff! I sneakily suspect that this quiz will be a formidable challenge even to the Hardakers, Ryans, Kemps, Marais’s, Sinclairs, Tarbotons, Cohens, Perrins’es and Vasapollis among us. If you get none right, you’ll still rank pretty high. If you get a few right, I’ll be thoroughly impressed. If you get more than 10 right, you must be Austin Roberts reincarnate. But nevertheless, I hope you will enjoy this little challenge, and learn a few new calls in the process. Let me know in the comments how you fare.

First try to listen to the clip without consulting the flip box clue. And don’t accidentally reveal the answer prematurely!

Let’s jump right in with a tricky one! This is a juvenile begging vociferously and nearly continuously from its parents, in the coastal forests near Mtunzini in KwaZulu-Natal. In the background you can hear Sombre Greenbuls, various sunbirds and the gentle lapping of the nearby surf. The bird was fluttering around in the mid-stratum, about 2 m above the ground.

A localised species, related to batises and the only representative of its genus in Southern Africa. Male and female look different: they are both patterned in black and white, with a touch of red eye-liner on the face. Juveniles look drastically different though…

Not that much to go on here, I’m afraid. This is a mechanical sound, not produced with the vocal chords. The bird was recorded early in the morning in dry, mature woodland near the Crocodile River in southern Kruger National Park. The species has various other distinctive calls, but in isolation, this sound could be anything. Sounds big though…

The loud clicking sound is a bill snap. This species is highly vocal, with loud and simple but distinctive and far-carrying calls. In fact, it is named for its song in Afrikaans. A ferocious predatory passerine, with a massive, hooked bill.

A pair of these birds were making these loud ratchet-type calls just before going to sleep one night at Mjejane, a private reserve between Malelane and Komatipoort in the Lowveld. They roosted in a thicket on an old termite mound.

This subtropical passerine is celebrated for both its bright colour and its incredibly powerful, melodic song. Some have even called it the finest songster in Africa. Its name recently changed from someone’s, to something quite generic.

Last winter, a pair of these birds were nesting in a woodland clearing near Kruger National Park. I snuck up to the nest entrance and hid the sound recorder nearby, leaving it on record. After a few minutes the bird returned and continued nest construction.

A bird that spends of the day on the wing. It is unusual for being present in winter, and indeed, breeding in winter. Another difference from most of its relatives, is that it breeds in rodent tunnels on flat ground.

I encoutered this bird while hiking at high altitude in the Drakensberg in KwaZulu-Natal. However, I also see it on a daily basis on the West Coast where I live. The clip starts with a few single calls, and ends with a single song sequence from this male bird.

This species is pretty much the biggest (local) member of its family. It is named for its colour in Afrikaans and English. Such a high, sweet voice probably requires a energy-rich diet.

Another recording from Mjejane along the Crocodile River in the Lowveld. These are rather secretive birds that usually stay close to dry thickets. They spend most of their time on the ground though. These soft calls were given by pair at dusk.

A terrestrial passerine that occurs in scrubby areas, usually in dry, dense woodland in the eastern parts of the region. They often jerk their tails up and down, displaying a prominent tail pattern.

These sharp calls are from a very common and widespread woodland bird. Its normal calls are loud and distinctive (though variable). I recorded this from a bird foraging unobtrusively in the canopy of a Combretum tree at Vaalkop Dam in North West Province.

A predatory passerine that forages in the mid-levels and canopy of a variety of wooded habitats. The common name is from a hidden plumage feature, that becomes visible during social displays.

Expect the unexpected! One morning I woke up to this juvenile bird sitting on my lawn, begging loudly. It is a species that I had never even seen in the garden, yet it must have recently bred somewhere in the general vicinity. Tame, inquisitive and persistent!

The bird was begging from a hoopoe, but that is not its parent. Unlike adults of its species, it is yellowish below. It also has many ‘special features’, such as raised nostrils, thick skin and zygodactyl toes.

The begging call of this juvenile is a far cry from the loud and distinctive calls of adults! The juvenile walks behind its parents for hours on end, uttering this irritating shrill sound. Recorded in Pretoria.

A large bird with a large voice (which is also the origin of its name). A common resident in many towns and cities, much to the residents’ irritation.

Believe it or not, but a pretty straightforward one. This is the typical alarm call of this species – although I suspect they also use it as a contact call or in some other context. A mellow, relaxed, pleasant sound, much like the bird itself. Bushveld.

A really colourful species that is always a delight to meet in savanna and open woodland habitats. It spends a lot of time on the ground, but it nests in trees. Near the back of the field guide.

A smallish insectivorous bird that is a typical member of bushveld bird parties. Like all the others in its family, its vocalisations are simple whistles and raspy elements, often interspersed with bill snaps.

While this call is frequently heard, most people know this species by its descending ‘three-blind-mice’ call.

When I was still based in Pretoria, these were common garden birds. I recorded this lone individual by sticking the microphone out of my office window. Normally the species performs a pleasant duet – this sounds rather forlorn.

A frugivore, common in suburban gardens in some parts of the country. This is an atypical call uttered by a single bird – the normal duets are very distinctive and well-known. You also get a rare xanthochromic morph in this species.

This common, widespread and geographically variable little undergrowth passerine has a range of vocalisations. This fast, yapping, almost raptor-like call is unusual. Recorded on a scrubby, lightly wooded slope in the mountains of Mpumalanga.

A member of the Cisticolidae family. It has pale eyes, a chest bar and white tail-sides. Typically found in pairs. One of the most polytypic species in the region, with 13 races described.

When I first heard this call I struggled to pin it down to a species. Subsequently I have discovered that this partly terrestrial, partly arboreal, partly rupicolous bird actually frequently utters this sound. Recorded in the Drakensberg, but can be heard almost anywhere.

The normal call of this LBJ is a sharp zac-zac, that is familiar to most birders. Calling is often accompanied by wing-flicking and slowly raising the tail.

This unusual call (from a common species) was apparently recorded for the first time in May 2015, and only recently described in the literature. I was lucky enough to record my own version in tall trees lining the Crocodile River in southern Kruger National Park.

The clip was recorded at night.